Share on facebook
Share on twitter
Share on whatsapp
Share on email
Sydney offers several ways for you to observe whales in all their majesty. Whales can be seen while cruising, but armed with the right information and resources, whale watching is entirely possible on your own! Their migration along Australia’s East Coast occurs for six- to seven-months of the year, with June and July being the best months. We also recommend adding this activity to day trips from Sydney, especially those to the Royal National Park.

So you want to see whales whilst you’re in Sydney. Well you’ve come to the right place, after all they don’t call our state New South Wales for nothing! Given Sydney’s proximity to the Pacific Ocean, whale sightings are common throughout the year so if you’ve got some time to spare in Australia’s largest city why not whale watch! 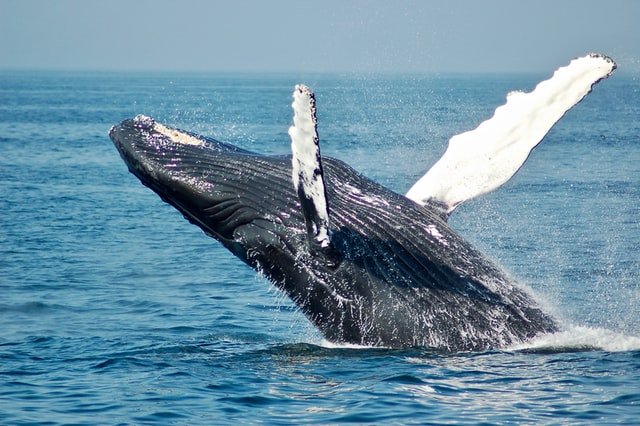 When can I see them?

Whales can be seen along Australia’s eastern coastline during a large section of the year, from May to as late as November. However, whales are most commonly seen migrating during June and July each year. This is not to say that whales are not spotted outside this period. In fact, Wild About Whales tracks the animals travelling up and down the east coast throughout the year. Whilst it’s easier to whale watch in the morning when the water is calmer, during migration periods whales are seen off the Australian eastern coastline throughout the day.

Where should I go?

Like the whales themselves, the viewing spots for whale watching in Sydney are numerous.

Located in Kamay Botany Bay National Park near the beachside suburb of Cronulla, the lookout at Cape Solander is the most well regarded whale watching lookout in Sydney. The national park is a 45 minute drive from the centre of Sydney although there are bus services between Cronulla train station and the entrance to the park.

The South Head at the entrance to Sydney’s harbour offers great views of both the ocean and the harbour from an historic lighthouse. Watsons Bay is easily accessible by either catching a ferry or the 380 bus from North Bondi. There are ocean viewing platforms at Watsons Bay but if you can manage a short walk along the South Head Heritage Trail, the lighthouse presents you with great views of both the harbour and the ocean. 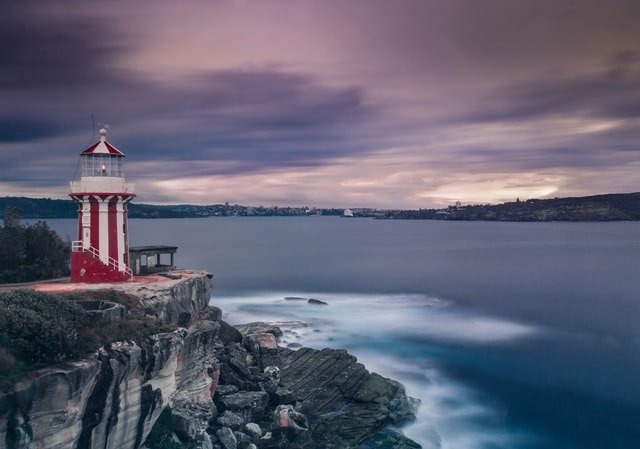 The coastal track between Bundeena and Otford offers great views of the ocean. Whilst the entire trip is usually designated as a two day hike, walking along smaller sections of the track can be achieved in an afternoon or a day. For example, driving to Wattomalla Beach and heading to Providential Point Lookout can provide you with great views of the ocean. Alternatively, catching a train to Otford station and walking along the Burning Palms Coast Track offers great whale watching opportunities and you’ll even come across the Instagram famous Figure Eight Pools. Another option is to catch the train to Cronulla, the public Ferry to Bundeena then walk to Marley Beach return.

We Sydneysiders do love our coffee, and our harbour. So if you’re whale watching in Sydney and want to head to Manly, then heading along the Fairfax Walking track will give you great spots for viewing whales as well the opportunity to grab a coffee at Bella Vista Cafe. After catching a ferry to Manly the Fairfax lookout is a short walk (2.5km), drive (7 minutes) or bus ride (route 161). 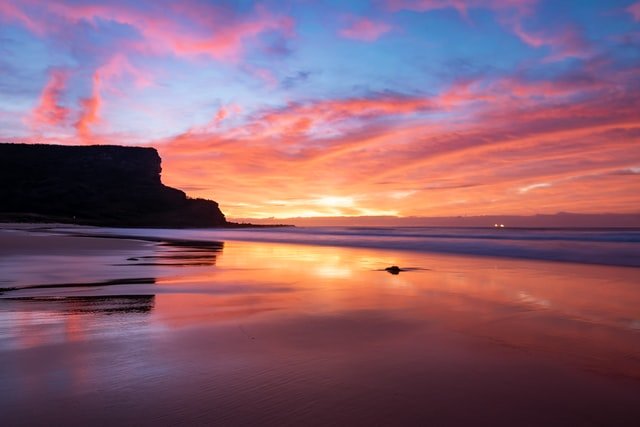 There are a bunch of cruise options that leave both Circular Quay and Darling Harbour. Whilst you might have the chance to spot a whale whilst catching the Manly ferry, public ferries stay within the harbour and so your best bet is organising a whale watching cruise with a private company. Whale Watching Sydney, Ocean Extreme and Sydney Princess Cruises have some great options, which offer both opportunities to whale watch but also some great views of Sydney’s coastline including Bondi Beach.

Things to know before you book: 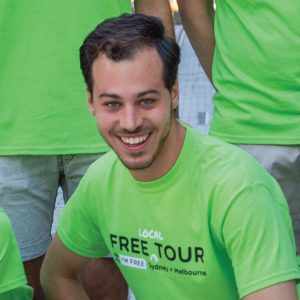 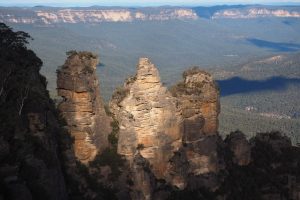 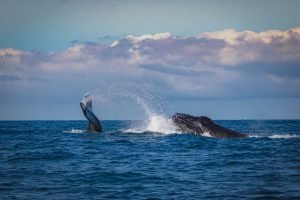 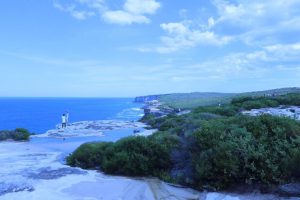 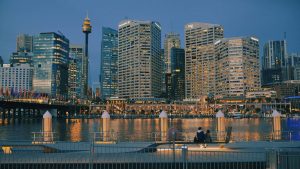 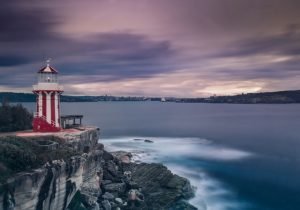 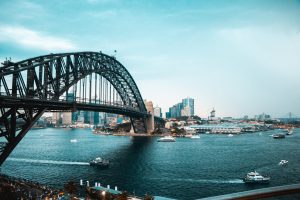 NOTE: To ensure guide availability we close bookings 3 hours before the start of each tour. For same day availability please give us a call on 0436 018 633.