What's the best time to visit Melbourne? This article gives you a guide to what's on in Melbourne during summer, autumn, winter and spring.

Eminem once famously rapped: “If you had one shot, one opportunity, to seize everything you ever wanted in one moment, would you capture it, or just let it slip?”. Lucky for you, choosing when to visit Melbourne need not be as stressful. Many travellers lose sleep agonising over when to time their trip to Melbourne, especially since many sources claim that there is a right and a wrong time to visit. Yet, this could not be further from the truth. We’re here to help you figure out which time of year might suit you best by presenting you with a snapshot of Melbourne’s seasons, each beautiful in their own way. 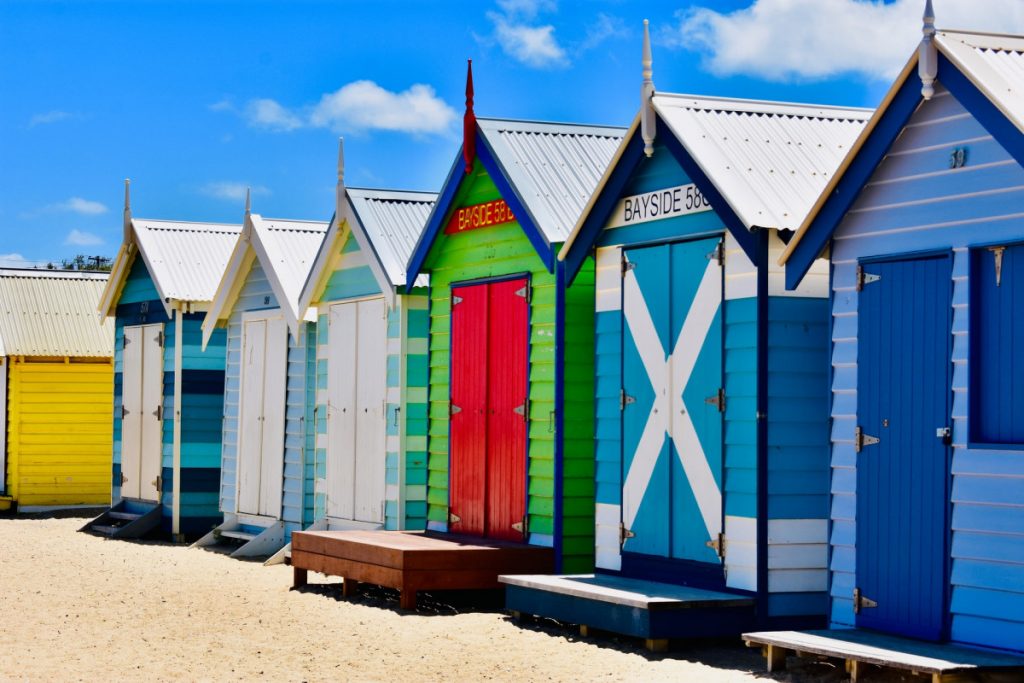 Summer begins with Melburnians celebrating Christmas and soon after the New Year, welcomed with dazzling and impressive fireworks displays. Melbourne’s year starts with its hottest month, January. This is a time when Melburnians revel in the Summer heat, sharing a cold drink at one of Melbourne’s famous rooftop bars and a boogie or two at the many outdoor summer festivals and events. Melbourne hosts celebrations for Midsumma Festival and Lunar New Year while many of Melbourne’s suburbs put on their own summer festivals. This is also a great time to enjoy outdoor live music, as many gigs and concerts take advantage of the longer daylight hours, when the sun sets around 9pm.

Sporting fans can also get their fix during summer. Cricket fans head to the MCG for December’s Boxing Day test and Big Bash League games, whilst tennis fans congregate at one of the world’s four major grand slams, The Australian Open. Held in January, this is an exciting time when the most skilled tennis players from around the world come to battle it out in Melbourne. 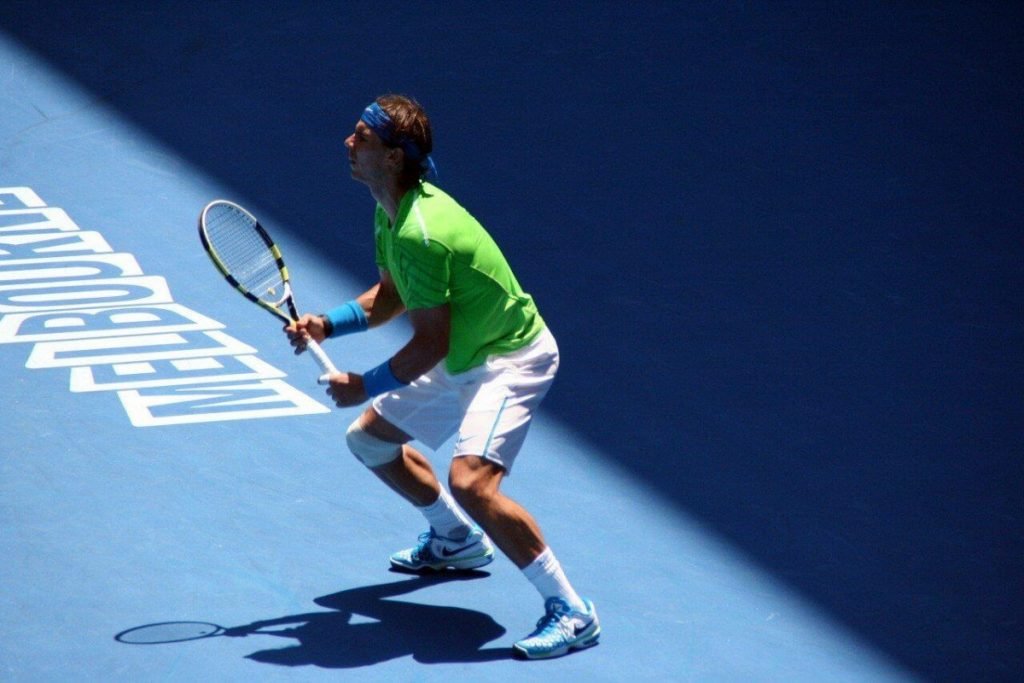 On Summer’s hottest days, Melburnians smother themselves in a thick layer of sunscreen, grab their hat and sunglasses and flock to the beach. A great selection of local beaches are just a quick tram or train trip away from where you will be staying, whether you choose to mosey around Brighton, Half Moon Bay or St Kilda in Melbourne’s South-East, or Williamstown Beach in its South-West. St Kilda beach is particularly popular, with hipster cafes, restaurants and live music right on its doorstep along the famous esplanade and surrounding streets. Not to mention, on Sundays St Kilda runs an Esplanade Market where you can find a range of arts and crafts. St Kilda is also known for running its own free music day festival in February.

It might be worthwhile renting a car during your stay in Melbourne, allowing you to escape the hottest days and take advantage of Victoria’s spectacular coastline which stretches far and wide both east and west of the city. Just two hours south-east of Melbourne, Phillip Island is home to stunning beaches and the world’s largest Little Penguin colony. Every night, year round, hundreds upon hundreds of penguins descend onto Phillip Island’s beach at sunset.

To Melbourne’s South-West, the Great Ocean Road is filled with many more breathtaking beaches. 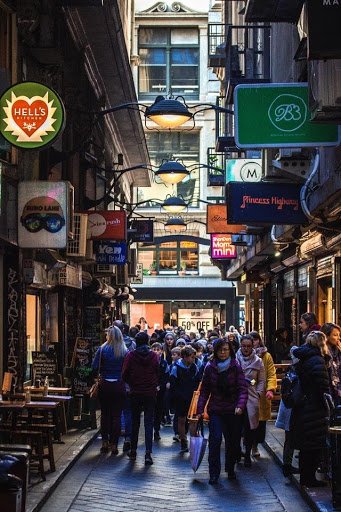 Summer fades away gradually but its heat lingers, leaving March glowing in its warmth, before beginning to cool and become crisp through April and May. Melbourne takes on a new look as its trees darken into a rich golden-orange hue, leaving many of its parks, such as the Carlton Gardens, looking jaw-droppingly beautiful. It is also here in the Carlton Gardens that Melbourne hosts its international flower show in late March, attracting garden-lovers each year.

Autumn boasts many of Melbourne’s major events. On the sporting field, the International Formula 1 Grand Prix and the beginning of the AFL season fill the city with excitement while the pick of the cultural events is Melbourne’s International Comedy Festival, the second-largest of its kind in the world, which draws huge crowds in March and April.

Crowds also flock to Melbourne’s Food and Wine Festival, which showcases Australia’s gastronomical prowess. Melbourne is famous for its food and as the city cools down, autumn is a fantastic time to venture out to explore many of Melbourne’s restaurants. There is something for everyone in Melbourne’s food scene, with Melbourne’s rich cultural diversity being reflected in its culinary offerings. You can find anything in Melbourne, with some of the city’s best cuisine-hotspots being Vietnamese and Ethiopian in Footscray, Italian in Carlton, dumplings in Chinatown and its Greek cuisine in Oakleigh. Melbourne prides itself on having something for everyone, so those with dietary requirements or searching for plant-based options will be more than accommodated for, with some restaurants specifically catering for such needs. 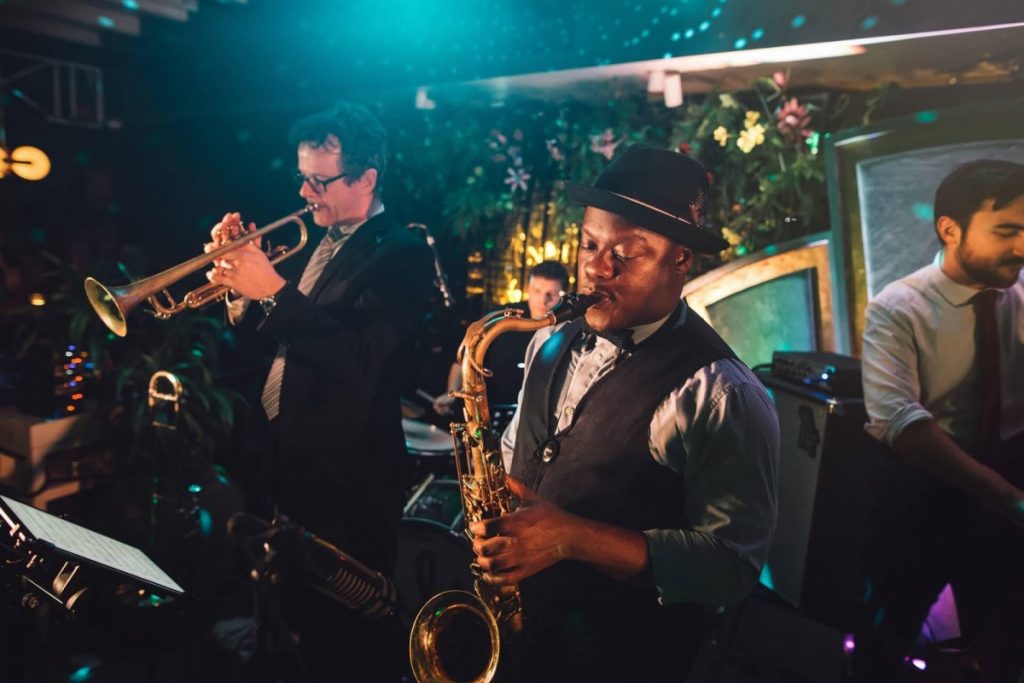 For some travellers, hearing winter and Melbourne in the same sentence triggers some sort of panic-attack response. However, winter is a time when Melbourne in many ways shows its true colours. Travellers chasing summer’s rays have well and truly left, potentially unaware of the fact that Melbourne is a city which adapts very well to its wintry conditions.

During winter, Melburnians keep warm by huddling inside many of its cosy bars and venues to enjoy not just a nice glass of red, but also to indulge in its eclectic music scene. Melbourne has a particularly notable, rock, punk, indie, hip hop and dance scene, but even still, whichever genre is your vibe, you’ll be able to find it in Melbourne. For example, Melbourne has an International Jazz Festival, held every year in June, where dozens of artists and bands come together to soothe Melburnians with their sweet, sweet sounds.

It’s worth confessing that despite the myth of Melbourne’s winters being akin to standing inside an ice-cold igloo, Melbourne’s winters are nowhere near as harsh as those of the Northern Hemisphere. Daily maximums range between 10 – 18°C (50°F – 65°F), whilst nightly lows range from 3 – 10°C (37°F – 50°F). This means that keeping warm through Melbourne’s winter is pretty easy. Packing some sort of sweater or coat, a couple of layers underneath and a trendy scarf to blend in with the locals will be more than enough to keep you warm, with many indoor spaces kept nice and toasty throughout winter. 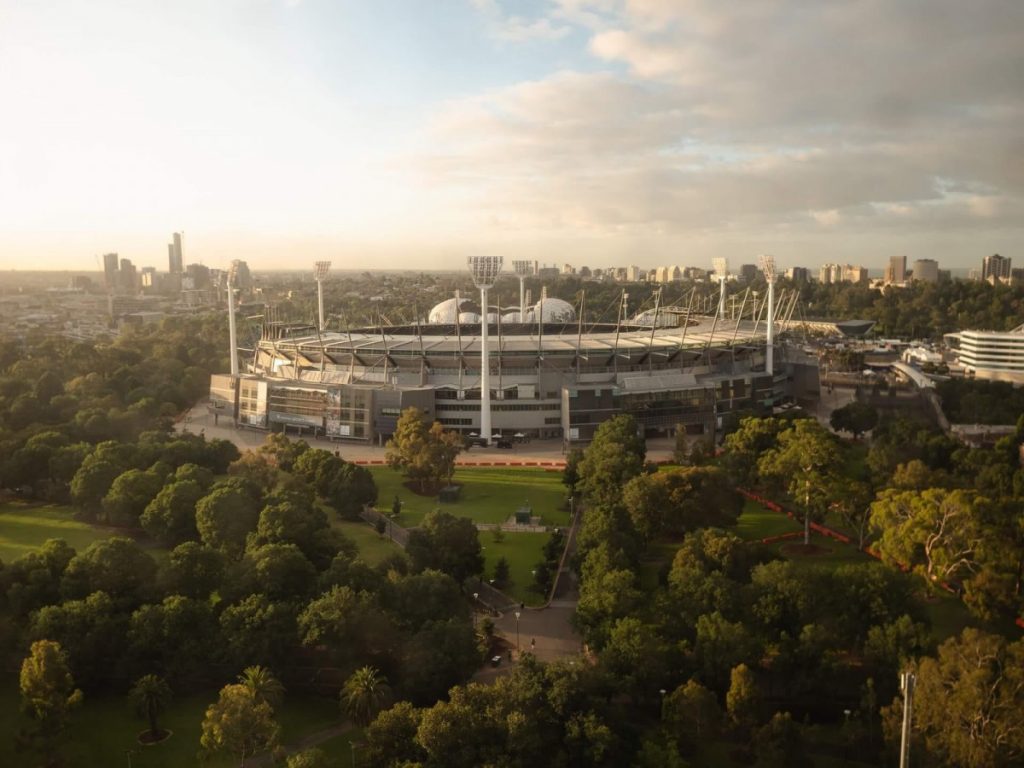 The bulk of Melbourne’s AFL season also occurs throughout Melbourne’s winter months. Melburnians rug up, venture out and fill their two gigantic local football stadiums, the MCG (the 10th largest stadium in the world!) and Marvel Stadium. Games are held on Friday nights, Saturdays and Sundays. Quintessential to a proper Melburnian football experience is to pick your team, wear your team’s scarf and to munch down on some form of hot pie as you watch the match.

Another fantastic Winter experience is to go skiing or snowboarding in one of Victoria’s four major downhill ski mountains. Throughout Winter, Buller, Baw Baw, Hotham and Falls Creek are covered in snow. These resorts are accessible by car and it is possible to organise all the gear needed for your skiing or snowboarding adventure in Melbourne, along the way or in the equipment hire shops whilst up in the ski villages. 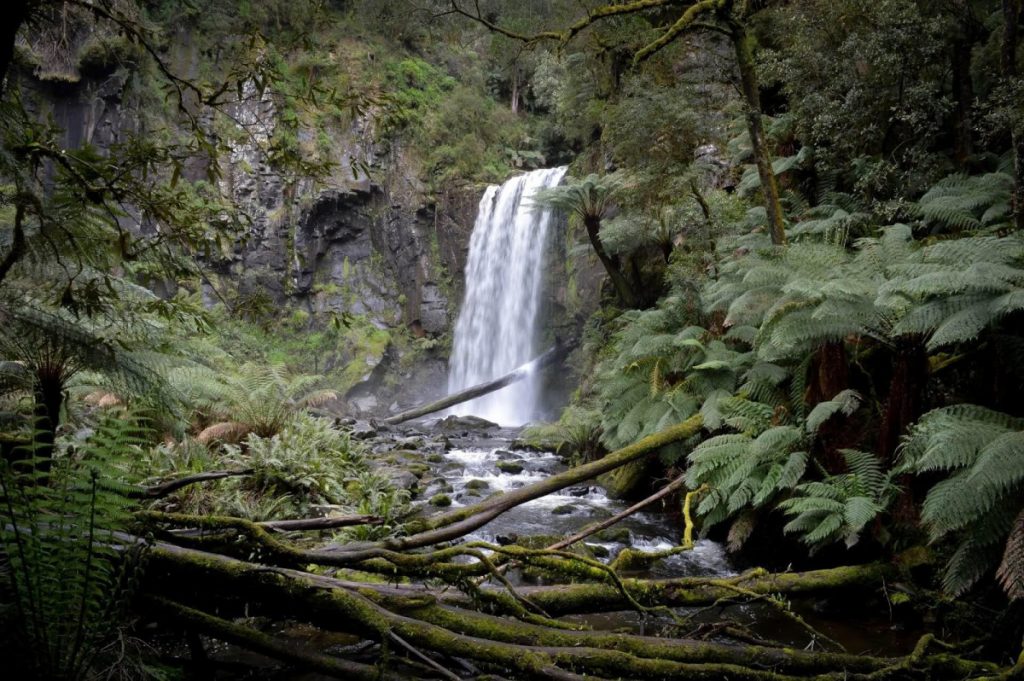 Spring sees flowers blossoming, trees regaining their leaves and new lush green growth across Melbourne’s parks and gardens. In Spring, it becomes clear as to why Victoria and Melbourne have long held the nickname of being Australia’s Garden State. At this time, Melbourne’s parks and gardens are luscious and it is the perfect time of year to start picnicking outdoors. Particularly as the days become longer once more in October, it is common to see Melburnians congregating in many of the city’s beautiful parks, such as the Botanical Gardens, the Fitzroy Gardens and in the parkland along the Yarra River.

For sports lovers, Spring is when two of Melbourne’s key sporting events occur: the AFL Grand Final and the Melbourne Cup. Late September’s AFL Grand Final sees the two best football teams go head-to-head in a match to win the season, often in front of a crowd of 100,000 which fills the MCG right to its capacity. It is an impressive spectacle, with millions tuning in from right across the country to watch the match. The Melbourne Cup shortly follows in November, famous for being the most gambled upon horse race in the entire world.

Spring is a particularly comfortable time of year to visit for those wishing to avoid the at times overbearing summer heat. This is especially true in the case of bushwalking, as Spring is arguably the most beautiful time of year to go hiking in nearby regional Victoria. A rental car gives easy access to Victoria’s bushwalking tracks, which at this time of year are not as busy with Summer travellers but which with the pleasant Spring weather and fresh, rejuvenated nature – it is a perfect time to explore. 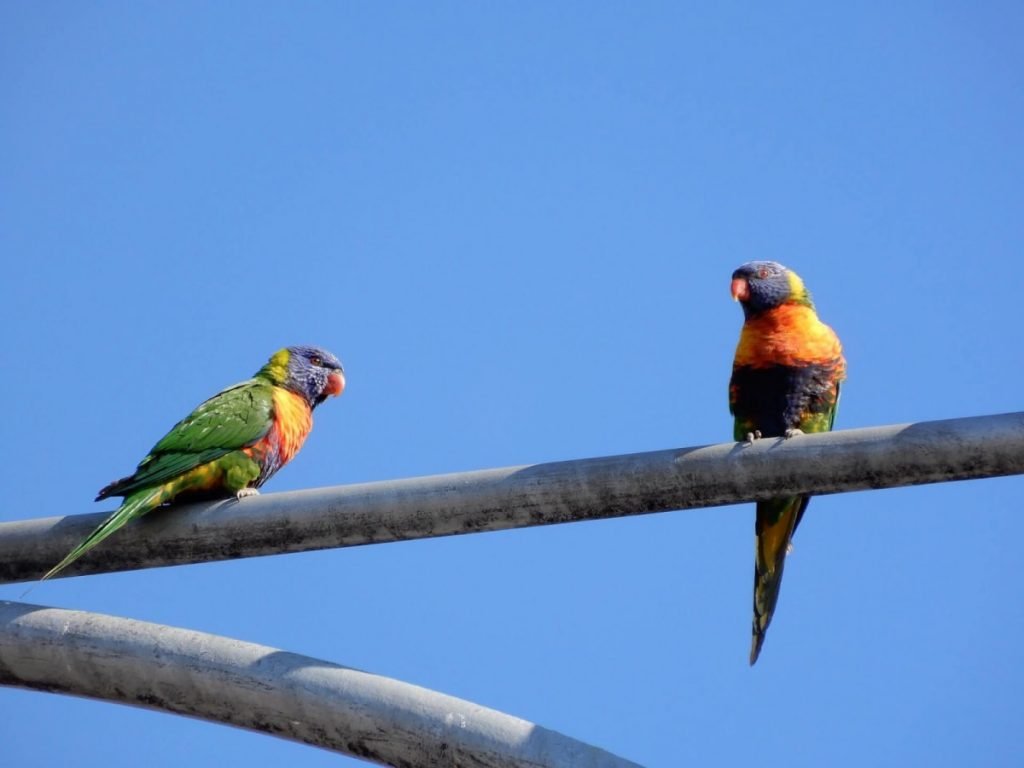 We hope that these snapshots may help to give you a sense of the diverse seasonal experiences which can be had in Melbourne and that this may perhaps guide you in your decision of when to visit. Even still, do not worry too much about striking the perfect timing for your trip. Rest assured, Melbourne is a year-round destination. Its food, music, art and sport scenes offer year-round experiences and with countless laneways to explore there is never a bad time to visit (Check out Melbourne Month by Month: A guide to events and festivals).

If you found this article helpful, considering checking out our When to Visit Sydney article and to help you get the best out of your stay in Australia, we’d love to share more of our local Melbourne insights with you on a Free Walking Tour! 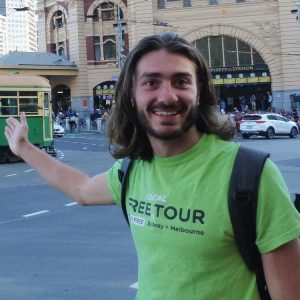 I've been a guide with I'm Free for the past 3 years. I'm passionate about Melbourne's thriving food, art and sports scenes and loving showing off my city to visitors. 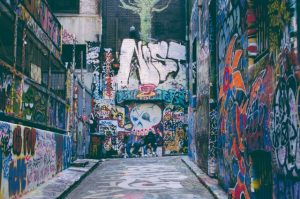 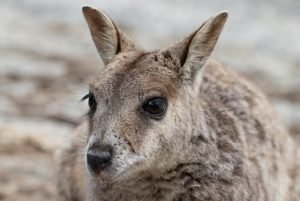 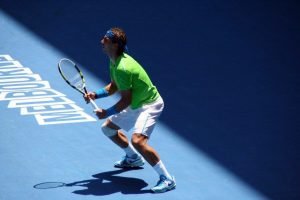 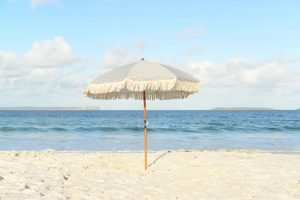 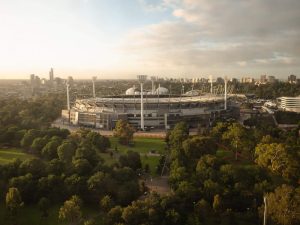